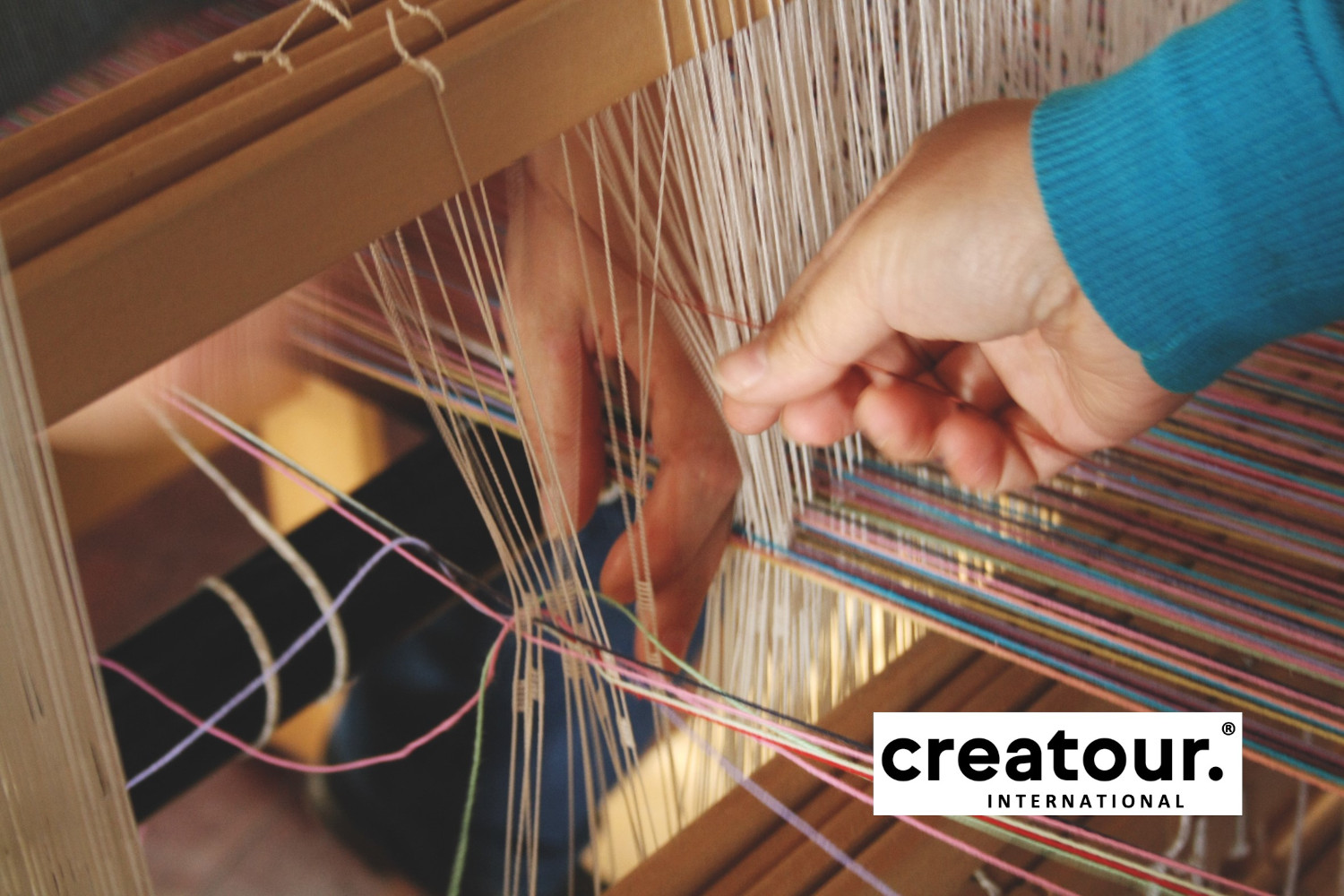 floodSeeking the Causes of the Queensland Floods
by Professor Trevor Sofield

The floods in Queensland have been shocking. Some suburbs went under completely (up to roof height) and since they were on the same sub-station of the electricity grid, the power was shut off and remained so for a week.

The Brisbane floods were in fact a separate event from the flash flood that hit the city of Toowoomba that is located in the hills of the Great Dividing Range about 70kms west of Brisbane. The wall of water that tore through the town was described in the press as "an inland tsunami" with cars been tossed around like corks, pictures of which you have probably seen. That was caused by one of the heaviest down-pours in one of the shortest periods of time recorded in that region and was localized above the city in the catchment area of the small stream that flows through its CBD. It hit without warning and there was nothing anybody could have done about it.

The depression then moved into the Lockyer Valley west of Brisbane where it remained stationary for about five days and unleashed more rain than had ever been recorded in that area before, and this was the genesis for the floods that hit Brisbane.

Then the rains moved south and west, through NSW first, then into Victoria (there are still about 60 towns completely isolated by flood waters in Victoria) and across Bass Strait into Tasmania. At their heights the floods in all states covered the equivalent of about three quarters of Europe and crops have been devastated over a massive area.

The Brisbane situation is complex. The city is built on a flood plain (of the Brisbane River) and in 1974 they experienced the worst floods since European settlement in 1860. The City Council subsequently introduced new by-laws to prevent construction in the lowest lying areas, and in two old suburbs they offered to buy out more than 700 homes in order to demolish them and replace them with parkland. But only 16 people took up the offer before the present floods! In some suburbs the council regulations controlled construction based on the height of the 1974 flood, which is why front entrances are more than 1.5 metres above the road level.

The by-laws were also based on the construction of a flood mitigation dam in the Lockey Valley catchment area of the Brisbane River, west of the city, the Wivenhoe Dam. It was designed so that a repeat of the 1974 flood would be contained and water released at a rate that would not flood or result in only minor flooding. Its capacity was 200% - that is, based on twice the rainfall of the '74 flood: 100% of the dam (described as 'full capacity') is for urban consumption purposes; and the other half is to hold back floods.

Three problems arose related to the release of the dam waters that caused the devastation in Brisbane.

1. The 2011 rainfall in the catchment area exceeded the 1974 level in half the time by twice the volume. Not a problem in terms of dam design: with steady releases of excess water the Brisbane River could have been contained within its banks.

2. BUT the region and Brisbane in particular had just experienced a ten year drought, the city was on level six* water restrictions (*the highest: no water for gardens, no washing of cars, no washing of windows, etc). So when the rain fell and the level of the dam rose above 100% and still had 100% to go (if you get my meaning!) , the psychology of those responsible for controlling releases was to hold on to as much water as possible (about 180%). So, if there had been no flood because they had released sufficient water to prevent the flood they would have been dammed (pun intended) for wasting water!

3. And they had confidence that the 1974 deluge would not be repeated because it was a once in 1000 year event according to core samples taken from the Brisbane River in 1974 which indicated that it had been 1000 years since a similar amount of detritus had been swept into the river mud.

Because of the deluge in the catchment area the Wivenhoe Dam authorities had to release maximum volumes for 48 hours to prevent the dam from overflowing in an uncontrolled manner, and it was the amount of water released over those two days that resulted in the Brisbane River overflowing its banks into the city. At the time there was consensus that without the dam Brisbane would have been far more severely flooded so its mitigation objective was hailed a success.

'Uncontrolled mode' requires explanation. The dam has been designed with automatic pressure plates so that if the water level reaches 195% of capacity it hits three specially designed pressure plates that automatically open up a breach in a part of the dam wall that is constructed of compressed clay. As the water pours through this breach it erodes the dam wall down to about 140% capacity when it strikes a concrete base. There is no control over the breach and water will continue to overflow from the dam for as long as there is more water coming into the catchment area than the 140% capacity of the dam at the level of the concrete base.

In the event, the flow of water into the catchment area was so swift that even with maximum releases through the sluice gates the level of the dam got to within 96cm of triggering the automatic pressure plates. Had that happened the result would have been monumentally disastrous. The mathematics of calculating how much water was streaming into the catchment area and how much water they had to release to prevent the dam going into uncontrolled overflow mode was extraordinary and in the event they managed to prevent uncontrolled release. But the cost to Brisbane from their controlled release as you would have seen was more than 23,000 homes flooded. (But only one death: all of the other deaths occurred upstream of the dam with flash flooding).

The dam authorities are now copping criticism for holding on to too much water for too long and not releasing it more gradually earlier and over a longer period of time. Indeed had they done so when the water level was about 120% there probably would have been no flood of Brisbane according to University of Queensland hydrologists. And the interpretation of the 1974 core samples was flawed because it did not take into account the amount of land cleared for farming after European settlement, which makes it far easier for more detritus to be eroded into the river than could possibly have occurred under Aboriginal hunting and gathering custodianship of the land. In other words the 1974 flood was not a 1000 year event, possibly only a 115 year event!

Easy in hindsight to criticise the dam authorities for holding on too long to too much water, but after a ten year drought and the accepted wisdom of the 1974 flood as a 1000 year event it is easy to understand the reluctance to let much water go. They would have been dammed if they did, and they are being dammed because they didn't!

The Government is setting up a Royal Commission of Enquiry to examine all aspects of the floods, and it is probably a safe bet to say that one of the recommendations will be to start releasing water at a much lower level than the 180% that was reached this time. And there will be other recommendations for stronger regulations to control construction in low lying areas (our authorities are pretty strict right around Australia on things like this). But not much anyone can do about flash flooding since the modelling by the Meteorological Bureau cannot predict highly localized impacts, although on a broader scale it certainly advised that the Brisbane hinterland region was set to receive prolonged and very heavy rainfall probably equivalent to the 1974 deluge that would result in some minor flooding (but they too assumed the Wivenhoe Dam would prevent a recurrence of the Brisbane floods 36 years ago).

So, after ten long years of the worst drought on record we now have more rain than we have ever received over a huge area of Australia - and the farmers and irrigators are yelling that there is no need to control and reduce irrigation from the Murray Darling Rivers systems to save the rivers (the Government set up a Commission to do just this 2 years ago) and all the environmentalists can go jump because they are wrong about permanent damage to the ecosystem! And global warming is nonsense because we are not drying out! How short are peoples' memories when self interest is concerned ....

What has not been broached yet are issues of the environmental impacts of dams, and in this case because of the major anthropogenic modification of the hinterland and the need to provide an urban settlement of more than 1 million people (i.e. Brisbane) with water, the sort of compromises that have to be made. If a dam can save lives through flood mitigation the debate then centres on the merits of protecting the natural environment to the greatest possible extent versus the value placed on even one human life. Our national politicians are starting a debate on this with the Leader of the Opposition, (conservative right wing) calling for more dams to save lives and store water for cities and farmers, while the leader of the Greens, Bob Brown, has responded that dams for the last fifty years have proved more destructive (of the environment and specific habitats which they flood) than positive. After ten years of drought, I suspect the public mood is one which might favour more dams ....

For the first 8 years of this century, Brisbane and surrounding areas had experienced the most severe drought in 100 years. Such dramatic climate shifts, which pose difficult dillemas to policy-makers, illustrate what may be in store for us in the context of global climate change.  In the mean time, Andrew Dragun, an Australian water expert and editor of the International Journal of Water, has warned that the outlook for the next couple of months is not good; due to a strong La Nina weather pattern, heavier rains and possibly cyclones should be expected.

most active this week