Our Philosophy: A Better Tourism for All 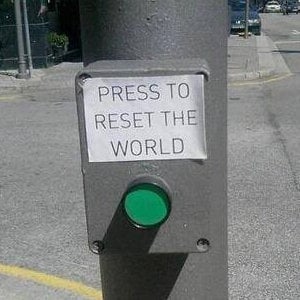 unfortunately (?) there is no such button!Ecoclub, the eco tourism club, was established in 1999, long before the social network era, with the aim of connecting and supporting all those who share our vision for a better tourism for all! We cover eco (sustainable, responsible, green, ethical, creative, slow, community, volunteer, pro-poor) travel, news, events, jobs and opportunities and support over a thousand active Members worldwide, including leading tourism & hospitality practitioners and academics.

Fully supporting the United Nations Sustainable Development Goals, inspired by Epicurus' Principal Doctrines and Peter Kropotkin's Mutual Aid theory, 22 years later we still believe that a better Tourism for All can contribute to a better World for All, with individual freedoms, without borders, social, gender and race divides, exploitation, oppression and violence. Examples and good practices of this better Tourism pop-up every day, so we try to promote and propagate them - Join us!

The Four Ecoclub Criteria are:

The ongoing quadruple crisis (environmental/climate, socio-economic, humanitarian-refugee, pandemic) is of no recent historical precedent in terms of endangering our presence, let alone our well-being, on this planet. While technological and medical progress has allowed the human population to grow, despite hundreds of treaties and fanfare, progress is agonisingly slow, as it has generally been in human history, in terms of reducing poverty and improving conservation, social justice and human rights. Our problems (and our solutions) go all the way back to the dawn of the Anthropocene, to the first agricultural societies where accumulation, surplus, debt, money, markets and human-made pollution first emerged and have since been inextricably linked to the basis of human civilization. Beyond -isms, the truth is that there is no blueprint or one-size-fits-all solution that could be applied globally without resulting in mass starvation, mass violence, totalitarian excesses and wars. It is not realistic for 8 billion people to retreat back to the countryside, the forests and to a nomadic-mode of survival - nor should they, in the first place, as cities can be the most eco-friendly environments, saving space and resources. Pessimism, doom and gloom and guilt, collective or individual, about the current state of Tourism, the Environment and the World does not by itself lead anywhere.  On the contrary, we need to realise that Human technological achievements if properly managed can already guarantee the well-being of everyone and every living thing on the planet. The prevailing globalised, socioeconomic system can be greatly improved if we identify and collectively agree on implementing, on a global and local scale, a number of key changes. These include how money, energy and food are produced, distributed and stored, and, in the light of the Coronavirus crisis, how quality health, education and housing can be accessible for all, and how work can be redefined, re-organised and remunerated. This process, this great transition to a low-carbon, fairer and happier world, is already underway. To speed up the process we need progressive leadership in all spheres but, above all, active citizens that help each other. Mutual Aid, as explained by the great philosopher, human geographer and zoologist, Peter Kropotkin, has been and remains a key driver of evolution and progress, even if all else fails, during turbulent and chaotic times such as the ones we are experiencing and far worse ones in the million years of human history.

In the 21st century we need synthesis and practical, progressive, innovative solutions. Based on the experience of the last 200 years, it should be clear to any savvy and rational observer that an economy controlled by, largely unaccountable and opaque, powerful corporations, "public" or "private", and their hierarchies, results in authoritarianism and barbarity. We need economic democracy, more community and worker-controlled businesses and cooperatives but also public tourism infrastructure. Essentially, a free and fair and happier society for all would imply that there is no concentration of power or wealth, there are checks and balances at all levels, there is a free speech culture, genuinely free markets, democratically-run businesses, a social welfare system, equal, quality work and leisure opportunities for all, free and vibrant workers unions and professional associations, a genuine respect for all types of minorities, and, particularly relevant for Tourism & Hospitality, a genuinely welcoming culture towards foreigners, known in ancient Greece as Xenia. Among destinations, Kerala and Costa Rica are promising models, but generally, the Hospitality industry, by becoming a huge global industry, has moved far away from the meaningful, genuine, peer-to-peer, home-based hospitality of ancient times. Couch-surfing, and to an extent, host-owned and run short-term-rentals, and community or cooperatively-owned/worker-run guesthouses, are attempts to revive the ancient spirit. But above all we need to find a way to offer a genuine, quality, affordable hospitality to all, not just to an enlightened, affluent elite.

To paraphrase Marx's famous quote on philosophers, many academics and other analysts have interpreted Tourism "....in various ways, the point, however, is to change it". A peaceful, voluntary path towards real change should be based on scientific facts and technological progress. We should not be afraid of what neo-luddites dismiss as "technofixes" but on the contrary endorse and improve green technology and the new green means of (tourism) production, ensure that they are controlled by society rather than powerful monopolies, and try to reduce its environmental impacts (yes, it does have such). For example, we should effectively encourage green aviation (and trains) rather than just protesting about air transport emissions, or, undemocratically, advocate less travel and staycations for the masses, or exclude them through pricing. We should improve and adjust tourism planning, management and marketing, rather than simply blasting ghosts such as "Overtourism" and 'irresponsible' tourists. We need, on the one hand, to constantly identify and oppose ecocidal aspects and actors of the global system, and on the other hand, to recognise and encourage ecological trends and best practices. A better, equitable, democratic Tourism, Hospitality and Leisure can create quality, meaningful & pleasant jobs where no other options exist and, as importantly, open hearts and minds, increase mobility between nations and within societies, re-distribute wealth peacefully, effectively and equitably between and within countries without further harming the planet. This is why we, unlike others, do not advocate less travel or more expensive travel for the privileged few! We consider Mobility, Leisure, Travel and Tourism as basic Human Rights and thus advocate a better Tourism for All!

The mutual-aid tendency in man has so remote an origin, and is so deeply interwoven with all the past evolution of the human race, that is has been maintained by mankind up to the present time, notwithstanding all vicissitudes of history.” - Pyotr Kropotkin, Mutual Aid, A Factor of Evolution

We have no time to waste, yet this will probably be an Ultramarathon. The transition to a fully-civilised, peaceful, global socio-economic system and the full humanization of humanity (if it is ever to arrive - it could be that some cosmic accident or human-induced blunder puts an abrupt end) could take another 10,000 years (since the first agrarian societies emerged) or even another 4 million years (since Australopithecus afarensis walked upright!). However, we should remember (Lao-Tzu) that "a journey of a thousand miles begins with a single step" and (Cavafis) that "when you set out for Ithaca ask that your way be long...". The simple truth is that, apart from inertia, nothing really prevents us from helping each other today and every day, from "living prudently and honourably and justly" and thus "living pleasantly", today and every day. As there is so far no evidence of supernatural beings, deities and extraterrestrials that could come to our 'rescue', the survival and future progress of our species is up to each one of us. Ecoclub, as a latter-day, virtual Garden of Epicurus, aims to unite truly progressive, open-minded citizens of the world who share the above ideas and are active or would like to become active in Eco Travel/Ecotourism/Sustainable Tourism or related sectors. Since 1999, Ecoclub has been a most genuine example of the sharing economy: we share resources, information, knowledge, ideas and opportunities with each other!

Our Logo: The colour (teal) is one of a few colours named after an animal (a duck, the common teal, whose eyes are surrounded by this colour). The smiling sun symbolizes a pragmatic, positive, non-violent, non-sectarian, non-dogmatic, philosophical attitude to life which combines the Epicurean "LATHE VIOSAS" ("ΛΑΘΕ ΒΙΩΣΑΣ" = get through life without drawing unwarranted attention), "ATARAXIA" (ΑΤΑΡΑΞΙΑ = tranquillity) with MUTUAL AID, the will to assist each other, solve real problems, "to get up again and start over", rise up every day, in a peaceful, daily revolution in all our individual and collective dealings; it also symbolizes solar power - renewable energy in literal and figurative terms and light - the light of science, enlightenment.