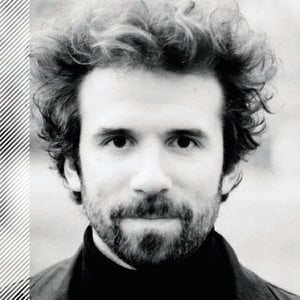 "What we need now is to find ways to free the creativity, the enthusiasm of most people to get them on board. We don’t need to complain or to cry anymore, we need to act."

On the occasion of the nationwide US opening of "Tomorrow", an award-winning eco-documentary showcasing alternative and creative solutions, on Earthday 2017, ECOCLUB.com interviews Cyril Dion, the film's author and co-producer. Mr Dion has a lifelong interest in ecological and social justice causes. After a short career as an actor, he became a Project Manager for the Hommes de Paroles foundation. He coordinated an Israeli-Palestinian congress in Caux in 2003, followed by two congresses bringing together Imams and Rabis in Bruxelles (2005) and Sevilla (2006). He co-founded the Kaizen magazine and serves as a spokesman for the Colibris movement, an environmental non-profit organisation which he co-founded in 2007. "Demain" (Tomorrow), currently being released across the world, won the César Award for Best Documentary in 2016 and was seen by over one million in movie theatres in France.

ECOCLUB.com: Your documentary presents an optimistic message which is in stark contrast to the feelings of many after the election of a new, climate-agnostic, administration in the United States. Do you think that this makes it all the more relevant?

Cyril Dion: Not more relevant but maybe more efficient. There is a very interesting book from George Marshall called « Don’t Even Think About It, Why Our Brains Are Wired to Ignore Climate Change ». It explains how our brains are creating defence mechanisms when we face enormous scary news: denial, escape, etc. It shows that explaining what is going wrong with the world without proposing solutions is kind of hopeless… What we need now is to find ways to free the creativity, the enthusiasm of most people to get them on board. We don’t need to complain or to cry anymore, we need to act.

ECOCLUB.com: Do you believe that all these diverse and dispersed initiatives need to be connected and scaled up so as to survive? Or should they remain grassroots and independent?

Cyril Dion: I think we should multiply these initiatives and they should become the norm. The idea is not to start with small projects and turn them into big ones. The idea is to have millions of them. Focusing too much on money or power is anti-democratic. On the other hand, entrepreneurs, politicians and citizens can work together to come up with solutions. And new laws should be put in place to encourage them to do so.

ECOCLUB.com: Would it interest you to do a follow-up documentary to see how each of these initiatives evolved/progressed?

Cyril Dion: Not necessarily. I would love to make another “Tomorrow” in 10 years and check out the most inspiring new initiatives that have been put in place to change the world.

ECOCLUB.com: There seems to be a growing demand for Documentaries these days? What are the main causes and what could be the possible effects?

Cyril Dion: More than ever, I think we need to find a meaning to things. Our industrial and capitalist society brings us comfort along with new technologies. However, we should ask ourselves: are we on this planet to always have a bigger car, a newer house and a sizable bank account? This is not enough to make us happy. Also, the ecological, economic and social crises we encounter make us fear for the future. I think a lot of people expect documentaries to provide an explanation to what is going on with the world and to offer other perspectives.  And that is what we try to do with “Tomorrow”.

Cyril Dion: Not always, no. Sometimes documentary subjects are strong enough characters on their own. We need celebrities to reach an audience that is not interested in these issues. We live in a world where a lot of people identify with actors and singers and would like to be like them. If celebrities can act as role-models and pass on important values for the future, that cannot hurt!

ECOCLUB.com: Do you feel that the language, and possibly cultural, barrier, between the English-speaking world and the rest, and which your documentary is also trying to break down, is being eroded fast enough and what more can be done?

Cyril Dion: There is still a lot of work to do to allow for a real dialogue between countries and between cultures. We often have a tendency to isolate ourselves and believe that the world revolves around us... But this is not the case! That is why it is important to travel, to read novels, to watch films that come from other cultures than ours. The earlier we start - at school, at home -  the more obvious it will become. This is what is happening in small countries like Finland, Denmark or Luxembourg where the culture is very open to the outside world.

ECOCLUB.com: Please tell us a few words about your other projects and future plans.

Cyril Dion: I just finished writing a novel that will come out in France in September. It is about characters who are locked up in their own cultures, their religions, their beliefs and their suffering and are trying to break free. One of the characters is a young Palestinian man who is trying to stop his brother to commit a terrorist attack in France. I am also writing another film, a fiction film this time. It is kind of a sequel to “Tomorrow". The film tells how a positive and constructive revolution could take place within 5 or 10 years in France and Europe.

ECOCLUB.com: Are ecological/sustainable/ responsible tourism initiatives within your sights, for a future documentary?

Not at this time, but if you have ideas, we can talk about it!

ECOCLUB.com: Indeed we have: the ecolodges and other eco-friendly initiatives listed in our ecotourism directory involve very interesting people and globally replicable, grassroots solutions. We thank you very much for your time, we wish you every success with this truly inspiring documentary and your many other initiatives and projects!