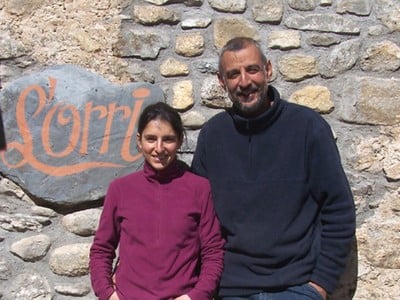 “A true Ecolodge is a business that puts environmental values into practice on various levels and at the same time allows its owners to make a reasonable living.”

Arif Qureshi was born in Karachi, Pakistan, in 1960 of an American mother and a Pakistani father. He grew up and went to school in the suburbs of Chicago, Illinois. Mr Qureshi obtained a Master's degree in architecture at the University of Illinois in Champaign-Urbana with a specialisation in the preservation and renovation of older buildings. He worked in architecture and in building construction in Illinois for a couple of years and then moved to Barcelona, Spain in 1987 intending 'to spend a year in the city' but ended up living over 15 years there. He obtained a Master's degree in Teaching English as a Foreign Language at the University of Barcelona and worked as a freelance English teacher in businesses, government agencies and several universities in Barcelona. Together with his wife, Marta Maristany, a Catalan linguist, they moved in 2003 to the Pyrénees of Southern France to create and run an ecolodge together. L'Orris des Planès Trailside Ecolodge opened its doors in February 2005. 15 Years later, having turned it into a successful green business, they have decided to put it up for sale and undertake a new venture in another part of France.

Ecoclub: Did you always plan to become an Ecolodge Owner? What was your background and original idea and why did you choose this area and this particular village?

Arif Qureshi: Not at all. My original profession was architecture and my second profession was Teaching English as a Foreign Language. Before moving here and creating our lodge, my wife Marta and I lived and worked in the centre of Barcelona. Though we liked the city, we were always in the Pyrenees during our vacations and finally decided it would be more logical to move from the city to these mountains. The transition took several years. After a two-year search, we decided to buy a 300-year-old farmhouse here in the tiny village of Planès in the Eastern Pyrenees of France. Though it needed major renovation work, we chose this property because it is set on the GR10, the Transpyrenees hiking trail, and because it is just 2 km from a downhill ski resort. As we were making a big investment, both of time and money, to create the lodge, we figured this combination of Summer and Winter activities would allow us to run our business year round and that this would help to make the business successful.